City trip to Prague: lots of people, lots of fashion, lots to see 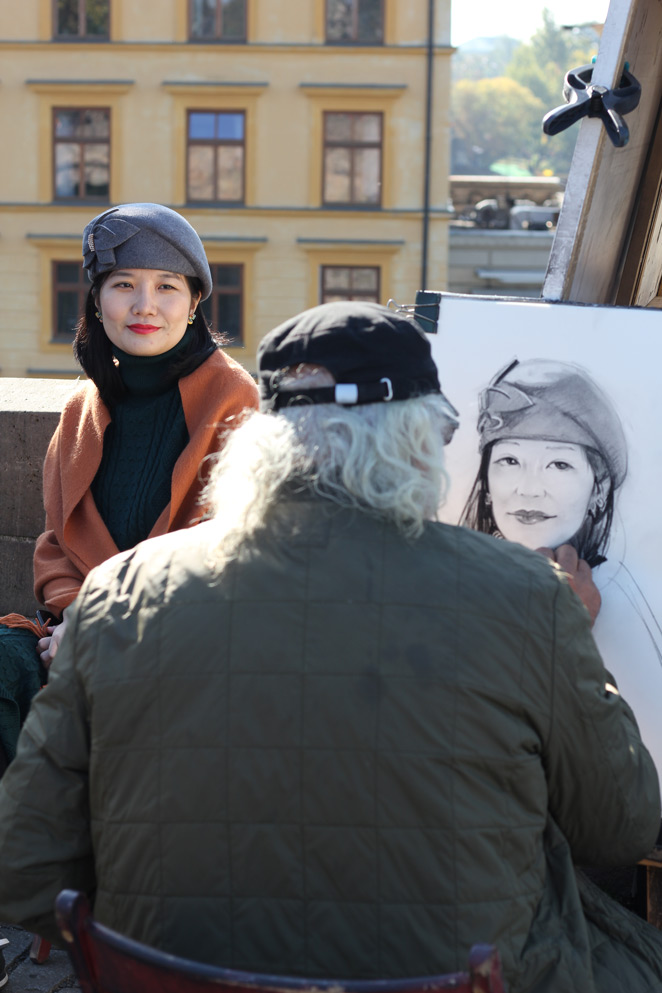 City trip to Prague: lots of people, lots of fashion, lots to see

Recently I was so lucky to win plane tickets for a trip to Prague. Mr. B and I chose an apartment in the middle of the Jewish quarter. It is the neighborhood Franz Kafka was born and grew up. We stayed in a studio (Dvorzák) in a stately building called My Old Prague’s Hall of Music. A great place, with all kinds of chic shops (very tempting), restaurants and coffee shops in the neighborhood. And within walking distance of most, tourist highlights of the city. Like the famous astronomical clock, which attracts many tourists every day. 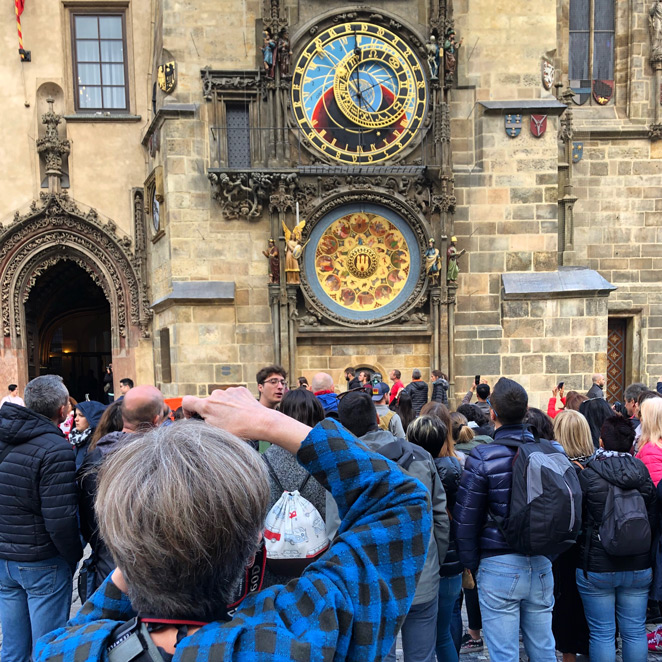 Like almost every city in Europe, Prague attracts many tourists. Understandable, because it is a city with grandeur, with many beautiful, well-maintained stately buildings. The historic center is even on the UNESCO World Heritage List. In order to avoid the flow of tourists, you can set off early in the morning to admire the highlights and walk around the center in a slightly wider circle for the rest of the day. Just like everywhere else, you will quickly lose the biggest crowds. The most famous (pedestrian) bridge in Prague is undoubtedly the Charles Bridge. On this bridge, there are all kinds of souvenir vendors, musicians, and artists. Of course, you have to walk over it once. But if you want a nice view, you can better take a look from the Mánes bridge. 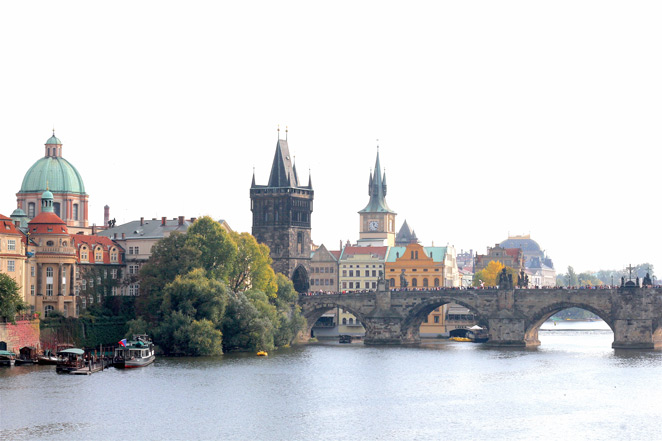 If you walk from the center to this bridge there is a nice place to have a drink: cafe Mánes, with a view of the river Vltava. 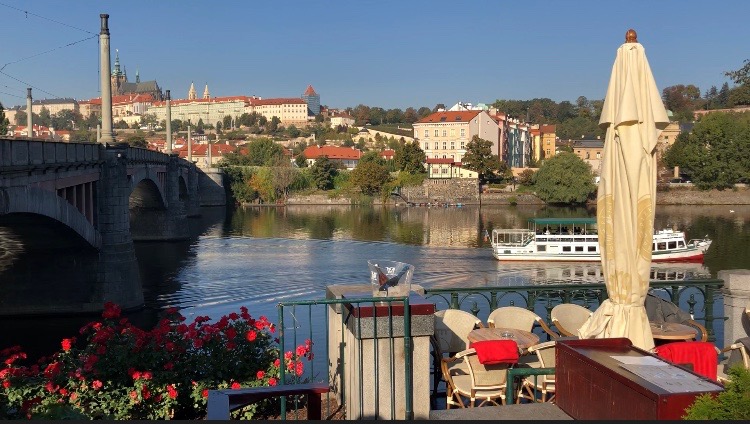 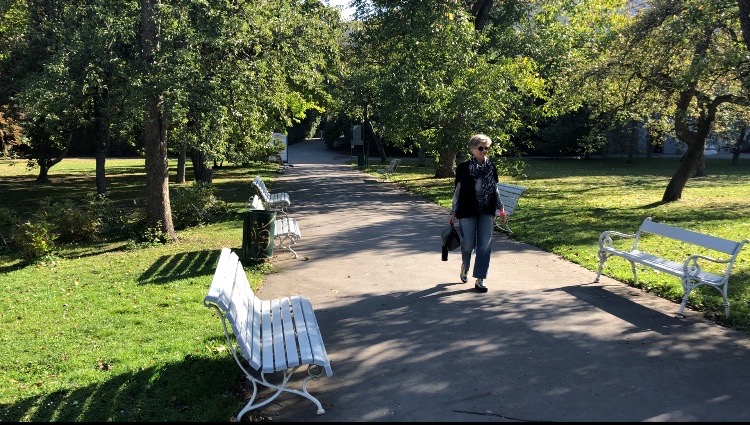 At the end of the bridge, you will find on the left a park where most tourists pass by Vojanovy Sady. We entered around 10.30 in the morning and were almost the only visitors. However, I discovered a spacious residence of a clochard. In a monumental niche with its own library. 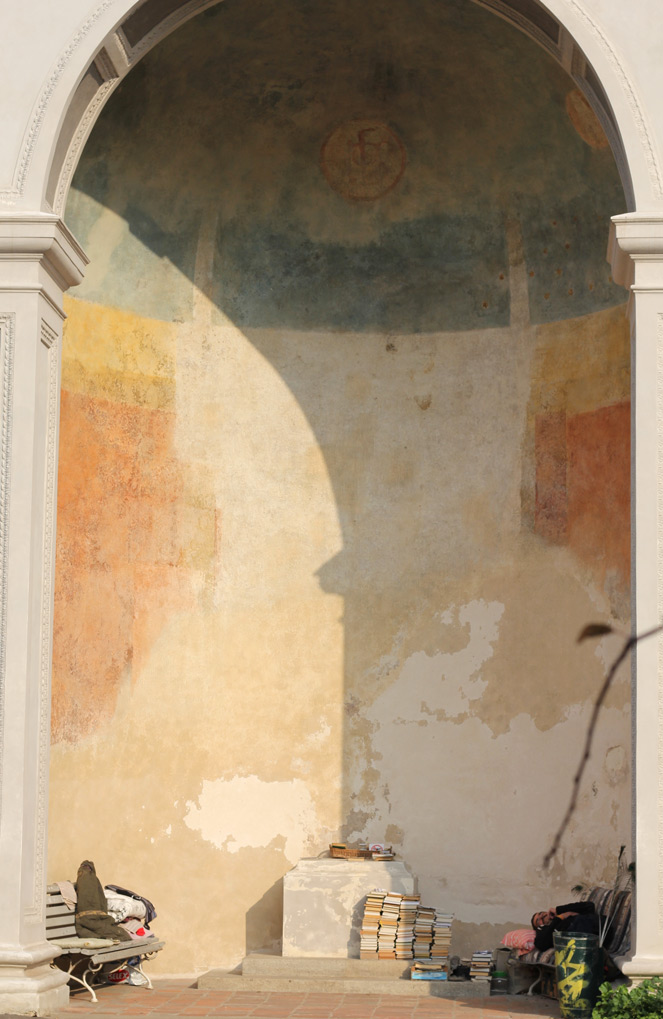 Although we like to go out alone, a guided tour is the best way to get to know a city better in a short time. We chose an Alternative Prague Tour. We walked out of the center with a small group of people. On the way, we got a lot of information about the history of the city, the architecture and the different neighborhoods, visited a hip-market and a former business building where creatives now work. And not to mention a Vietnamese market. Vietnamese immigrants settled in the Czech Republic during the communist period, they were invited as guest workers at the time. Many have settled here permanently and now run their own shops and market. The guide also drew our attention to one of the biggest art galleries in Prague: Dox, where we went on our own the next day. 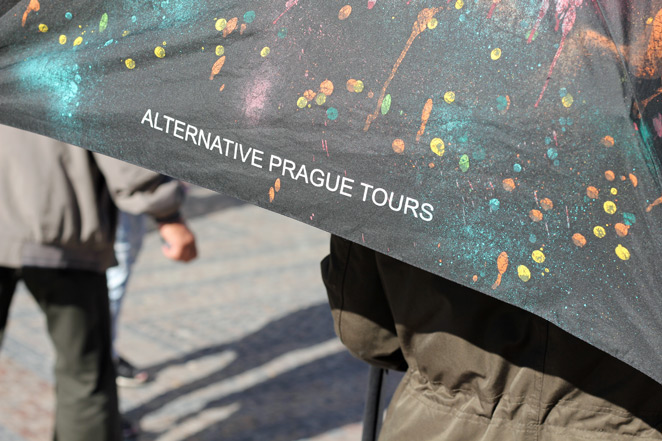 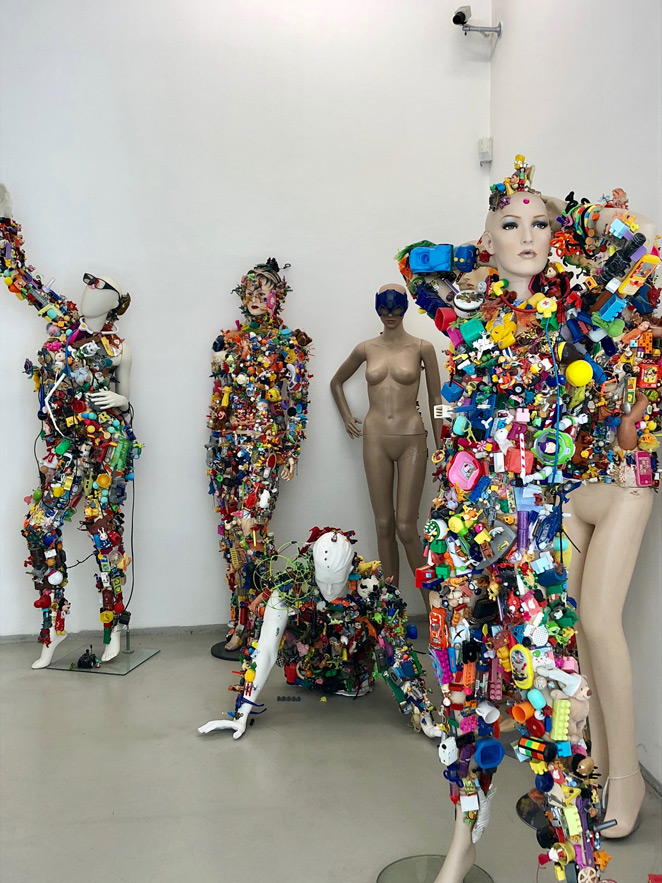 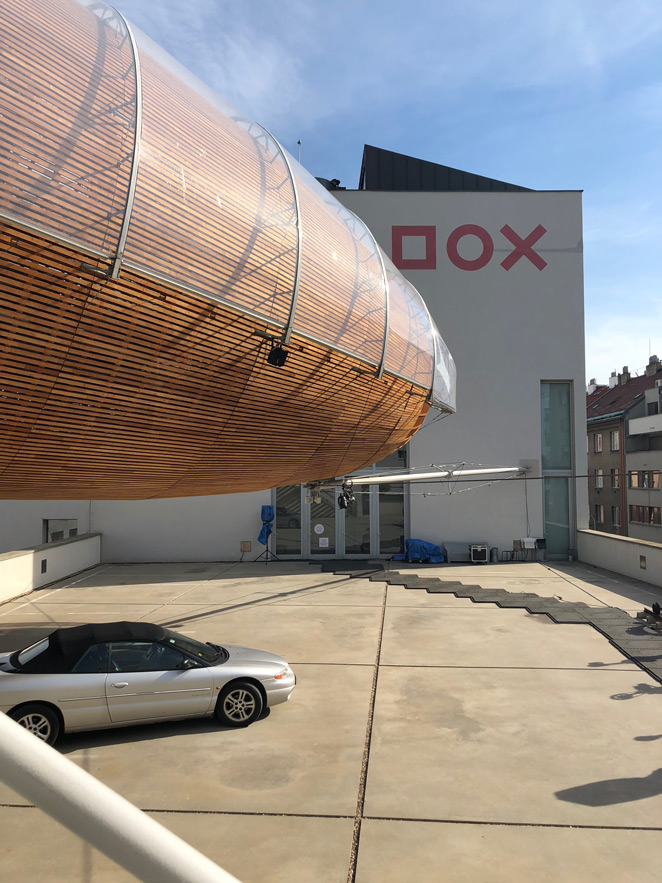 Prague absolutely is a city for fashion lovers. Most famous fashion houses are represented, such as Cartier, Dior, Prada, Jimmy Choo, and many others. I especially enjoyed the beautiful window displays. 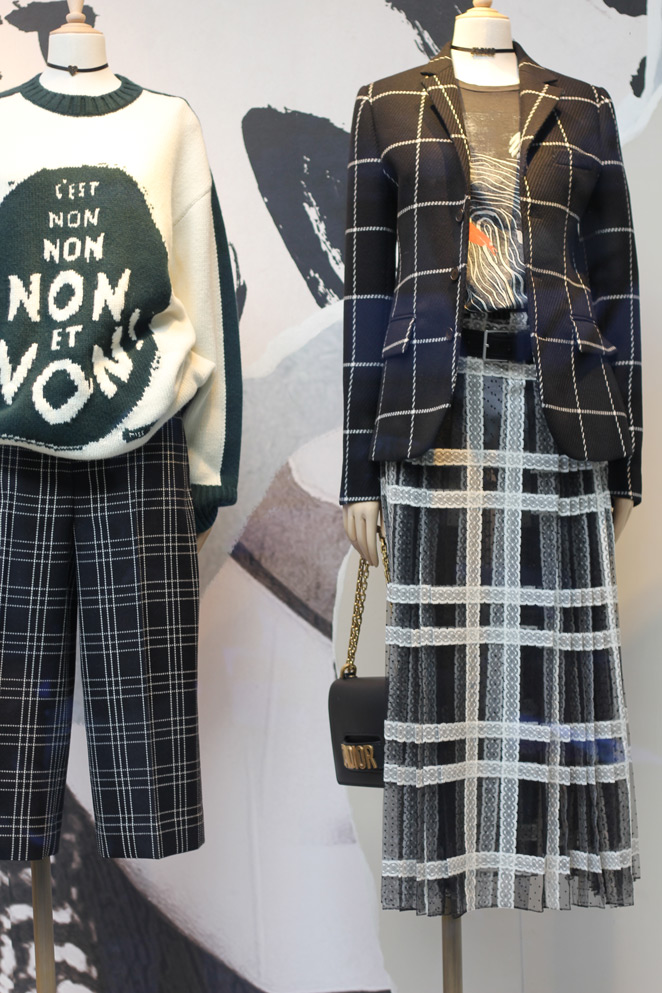 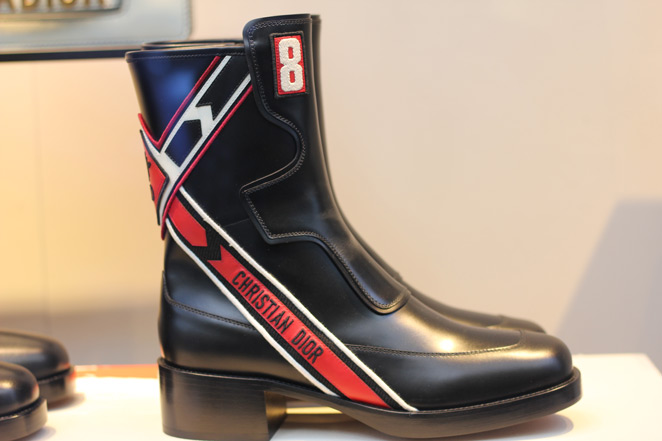 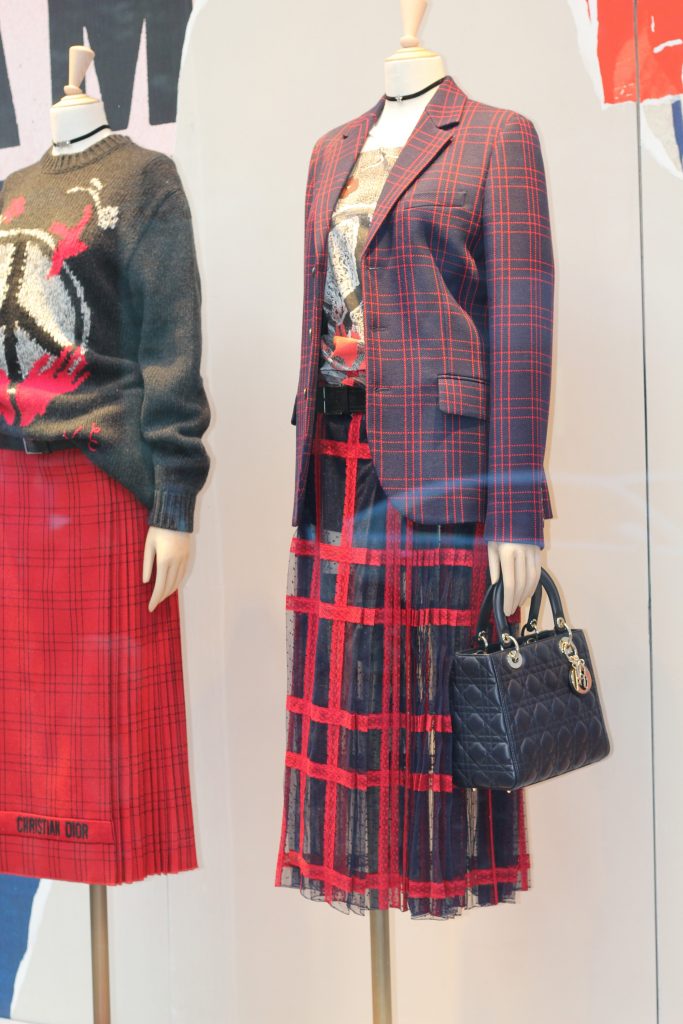 Of course, there is also a large area with shops where less expensive clothing and brands are sold. But we didn’t come for shopping, especially not Mr. B. I came across a few special addresses. Like a shop full of hats and caps on 504 Staré Mésto Praha 1. And Rudolf Kreibich, (Michalska 14), a shop with, among other things, leather gloves with half fingers, I had to go inside to take a look. And came out with leather gloves, made in the Czech Republic, as the owner proudly told. The only second-hand store I discovered in the center carries the promising name Coco Boutique. Inside indeed all vintage clothing, jewelry and bags from Coco Chanel. And an owner who apparently was not very interested in selling anything. She was and remained busy with the fitting of different pearl necklaces. So, nice shop to walk by, Michalská, 110 00 Staré Město. 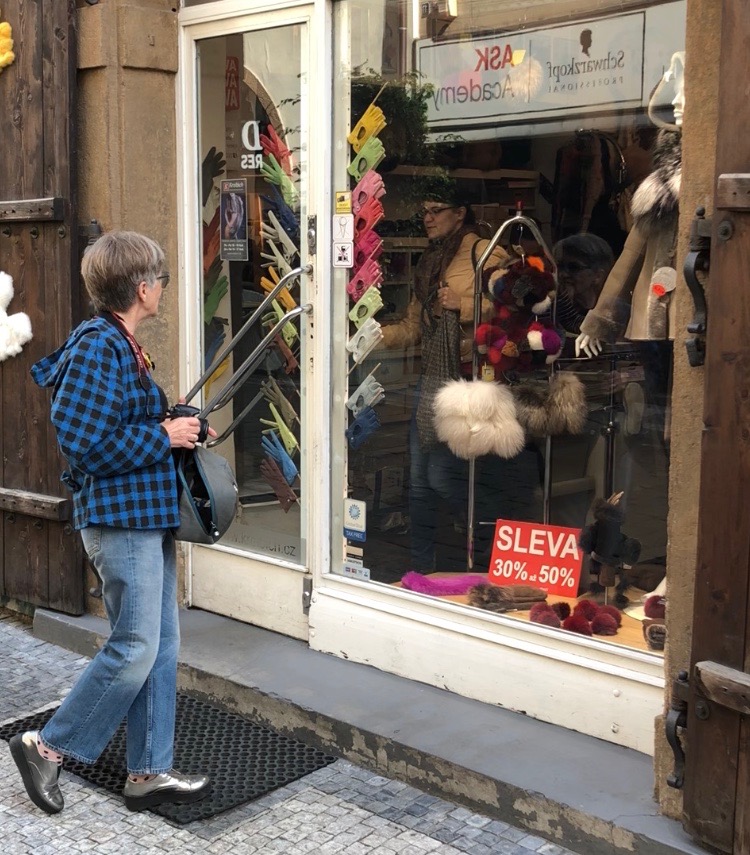 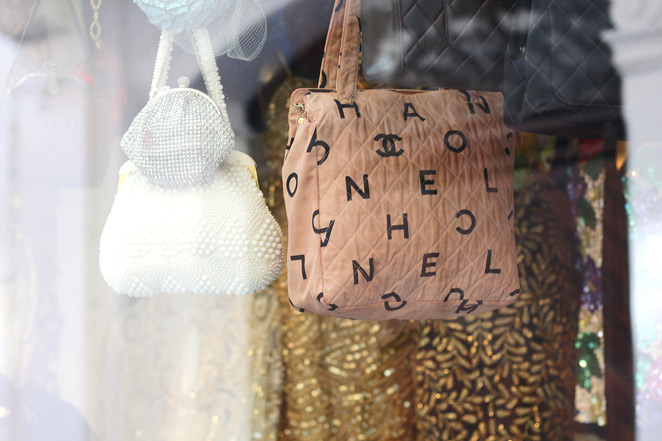 The guide told us that there are not that many autochthonous people living in the center of the city anymore. That has everything to do with house prices. On the street, you, therefore, see mainly tourists, mostly in (large) groups, including a lot of Asians. They are especially striking because they are often well, colorfully and fashionably dressed. And they wear headgear very often. Wonderful to watch. 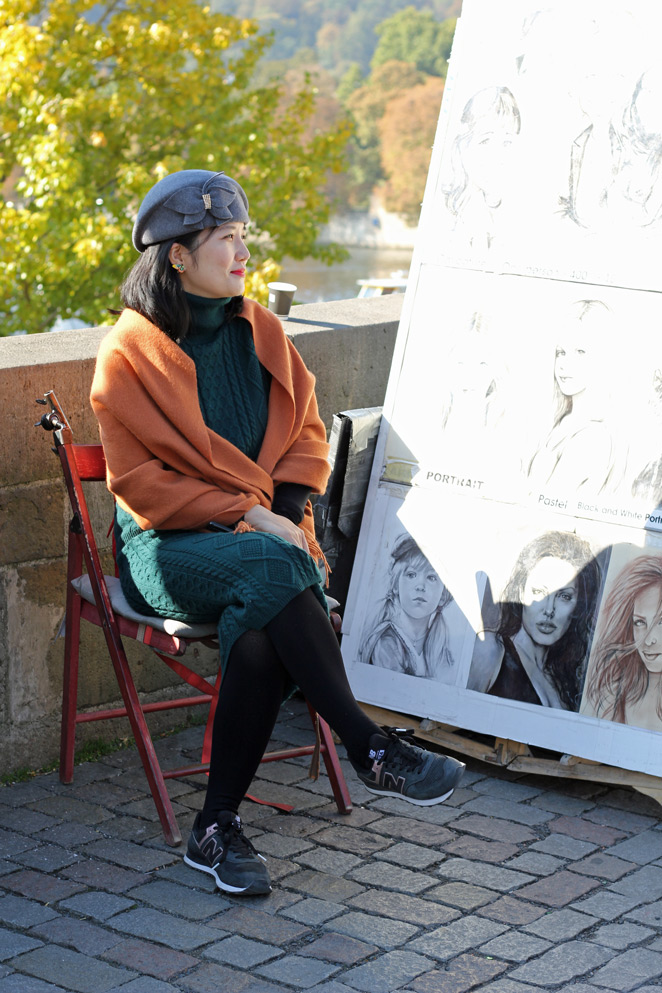 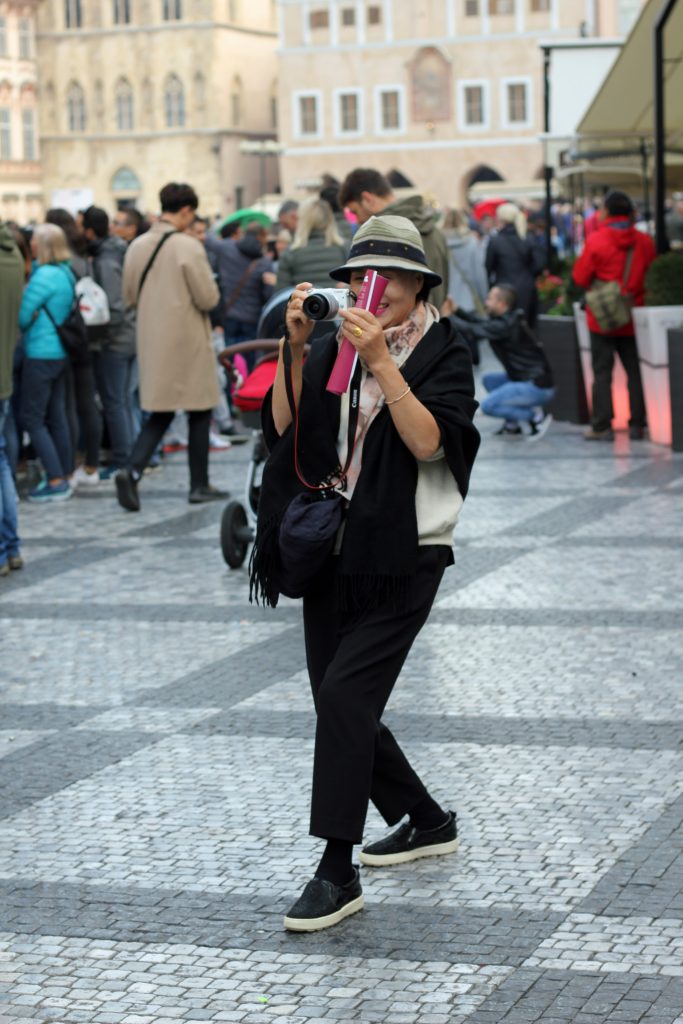 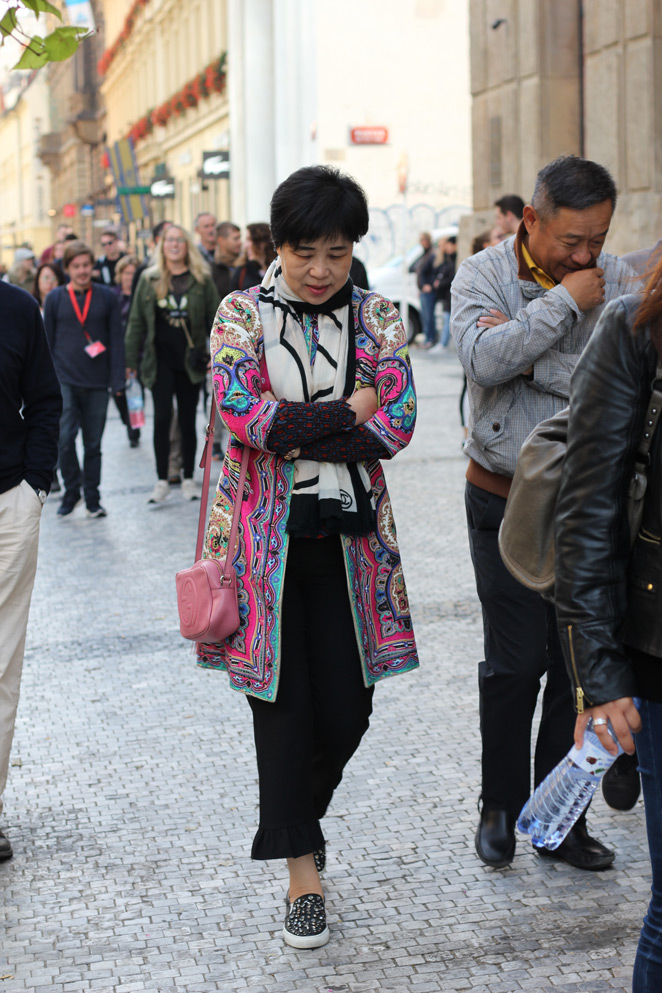 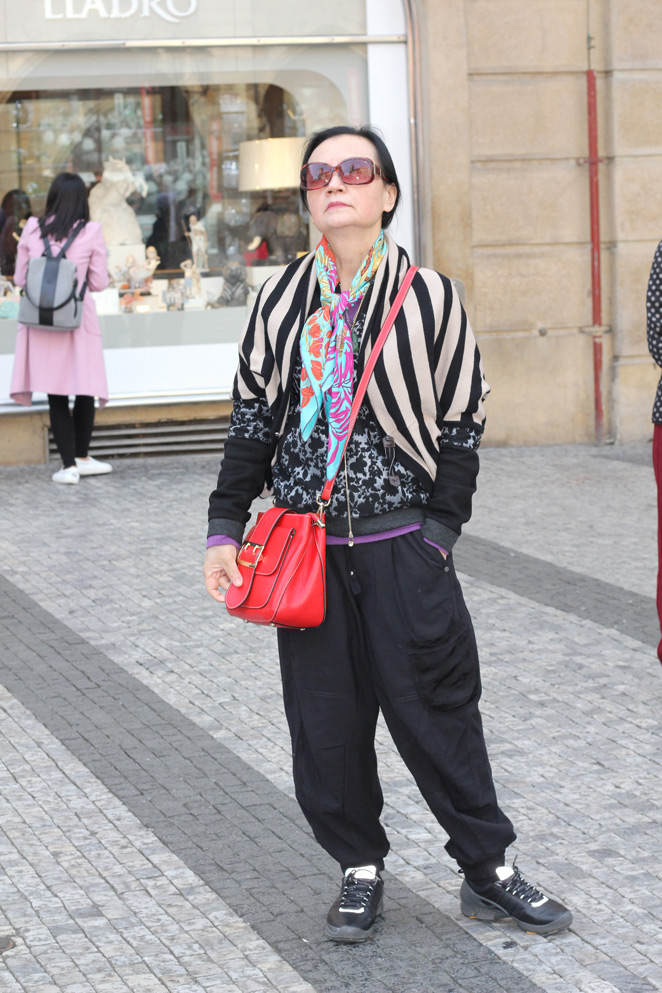 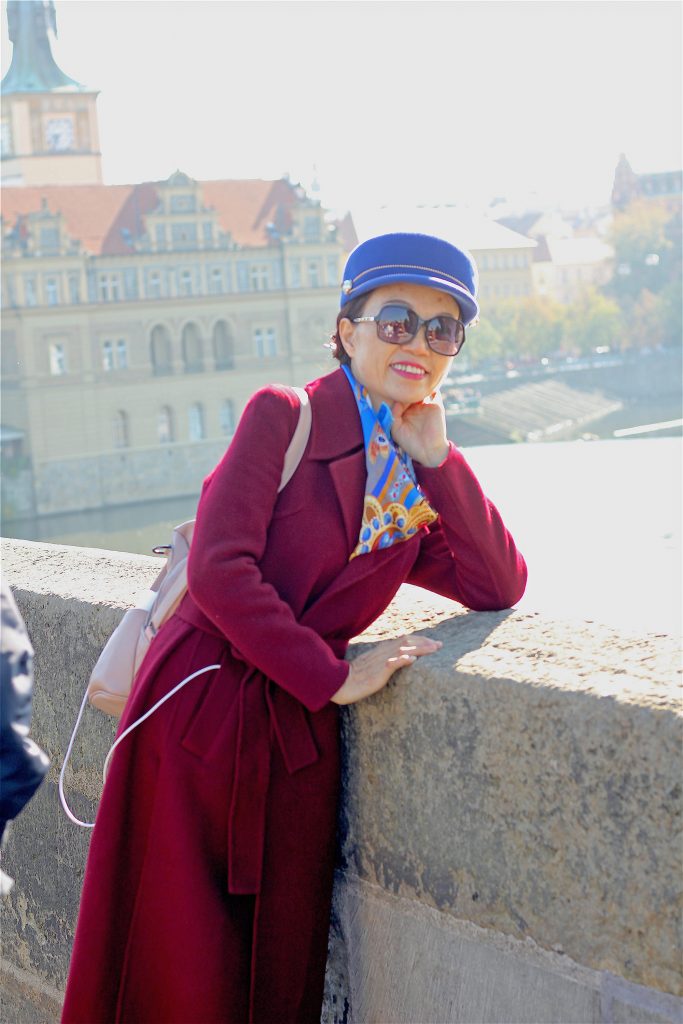 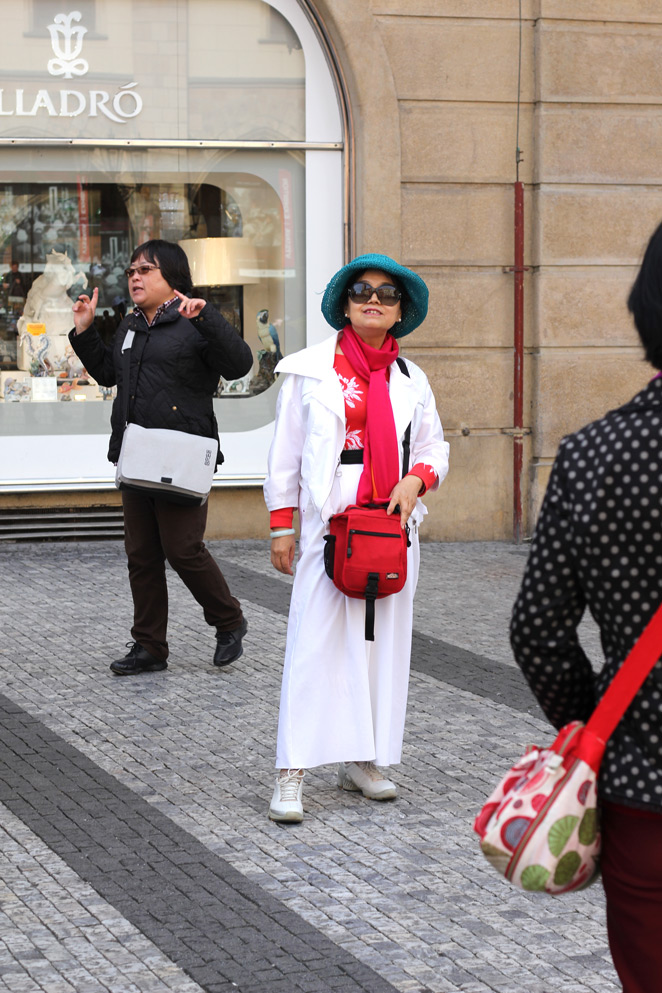 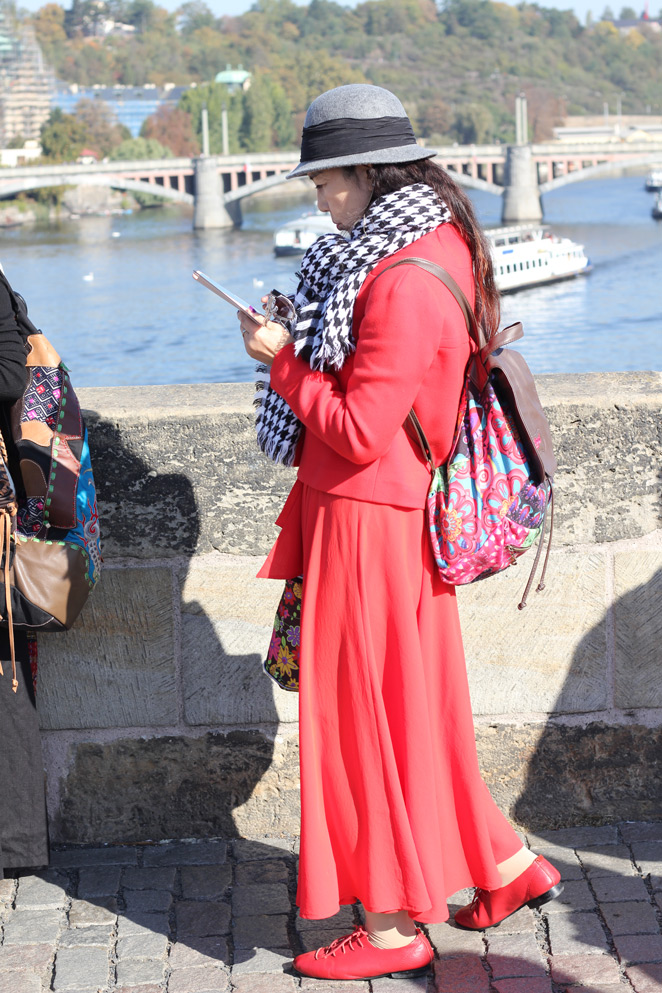 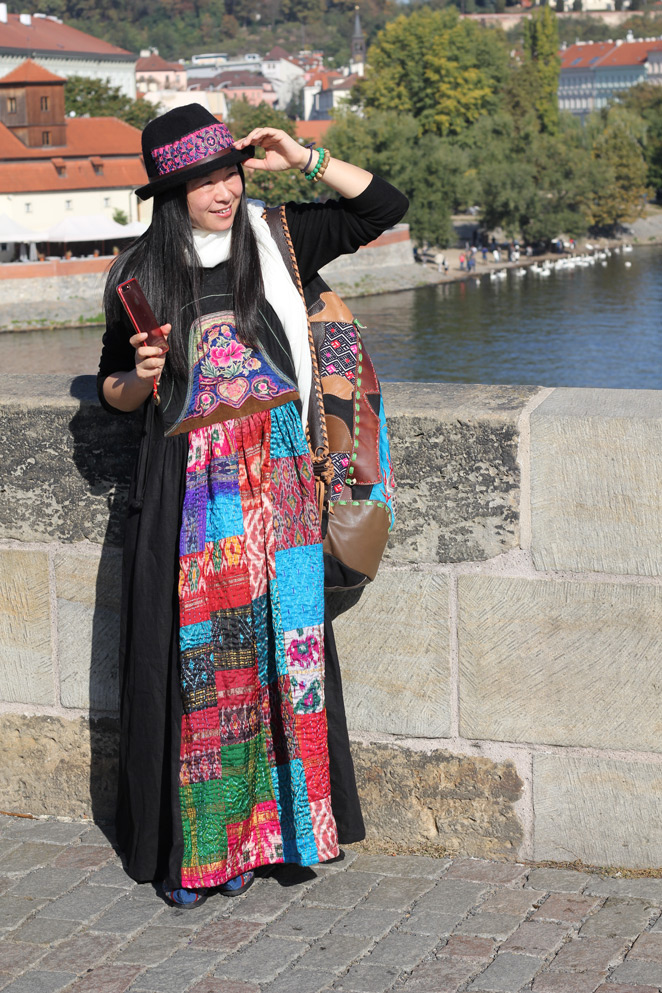 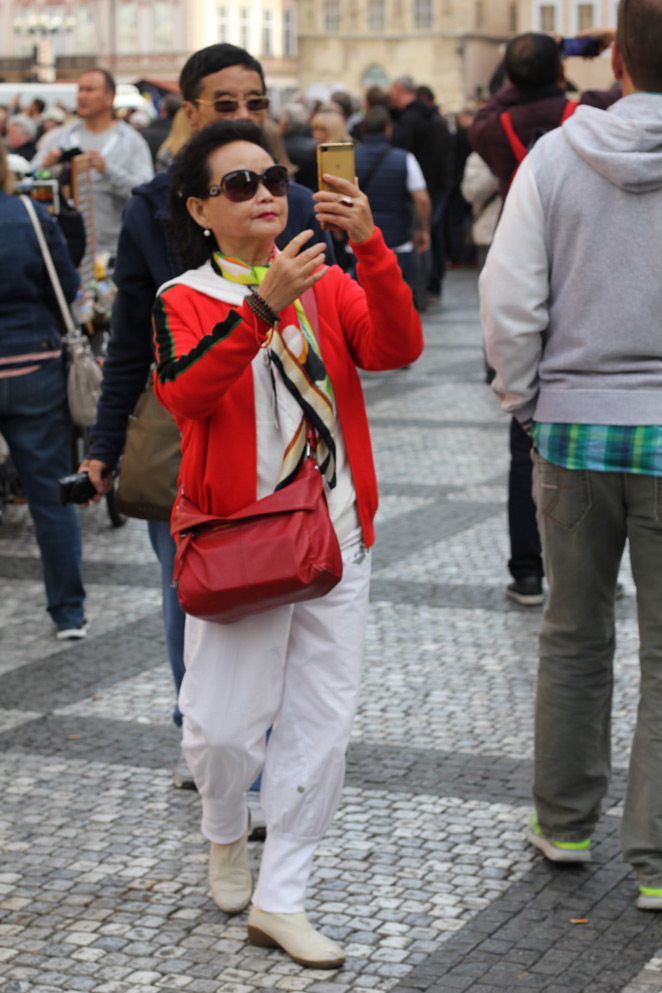 Prague also has a lot to offer when it comes to music. To conclude our trip we enjoyed a short Sunday afternoon concert (60 minutes) in the St. George Basilica (Klášter sv. Jiří na Pražském hradě), Jiřská 33, Prague Castle. (booked via GetyourGuidePrague). We had to make a big climb for it. The reward: a fantastic view and music. 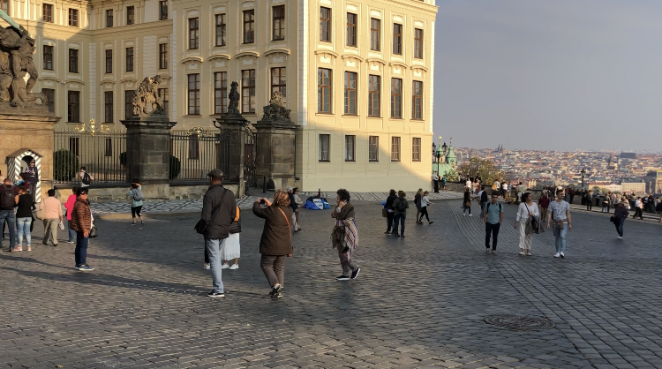