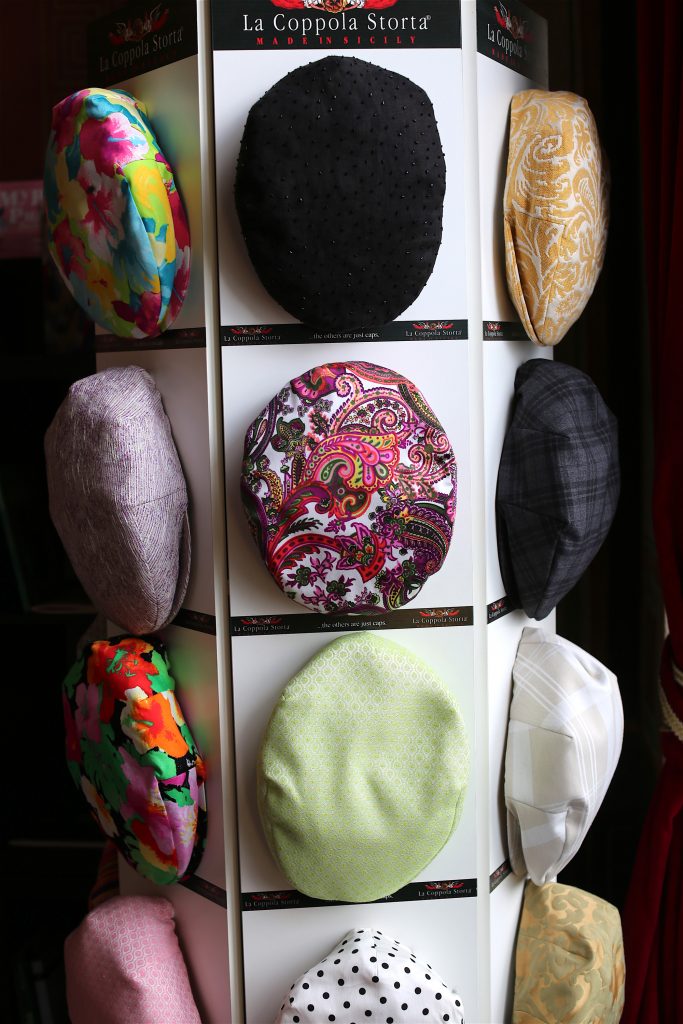 During our holiday in Sicily, we also visited Palermo. It was a short visit and we were unlucky that it was rather rainy that day. Still, I made a few photos. I noticed there are many shops selling hats and (more luxurious) hats. Also in the shop of the famous Teatro Massimo, where the final scenes of the movie The Godfather Part III were filmed. These are so-called Coppola’s, traditionally worn in a Sicilian costume, mainly by members of the Mafia. In order to separate the headgear from stereotypes from this world, La Coppola Storta started in 1999 as a cultural project to revive this handmade Sicilian product. Moreover, the company supports the development of this region and employment. These are fantastic, fashionable hats, with the most beautiful prints and decorations. 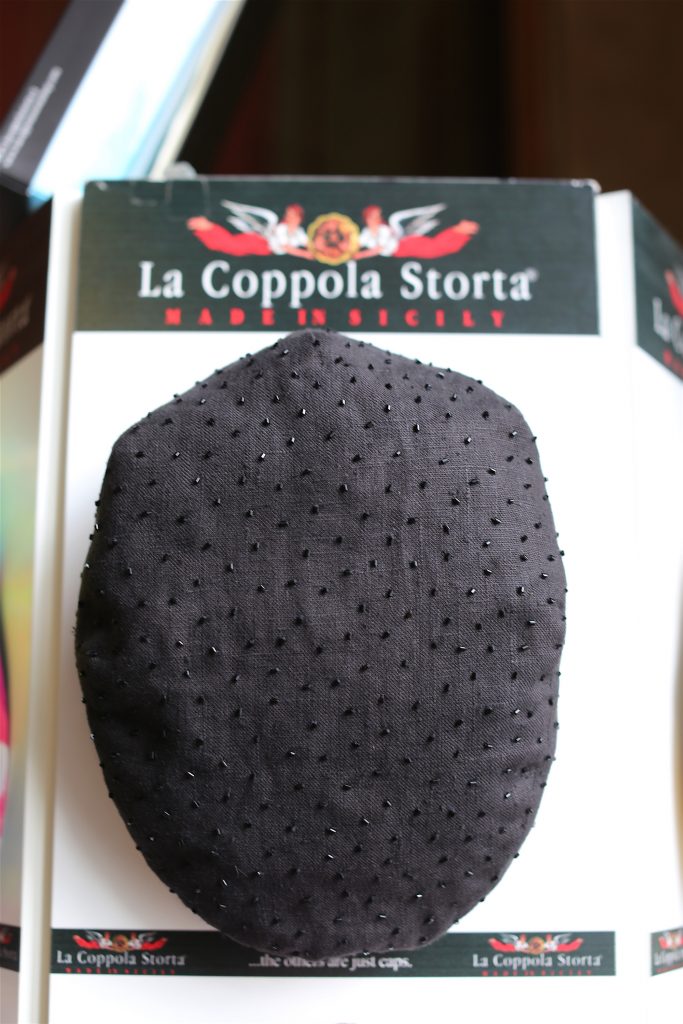 Still, I only saw this man with a Coppola, but that might have to do with the weather. 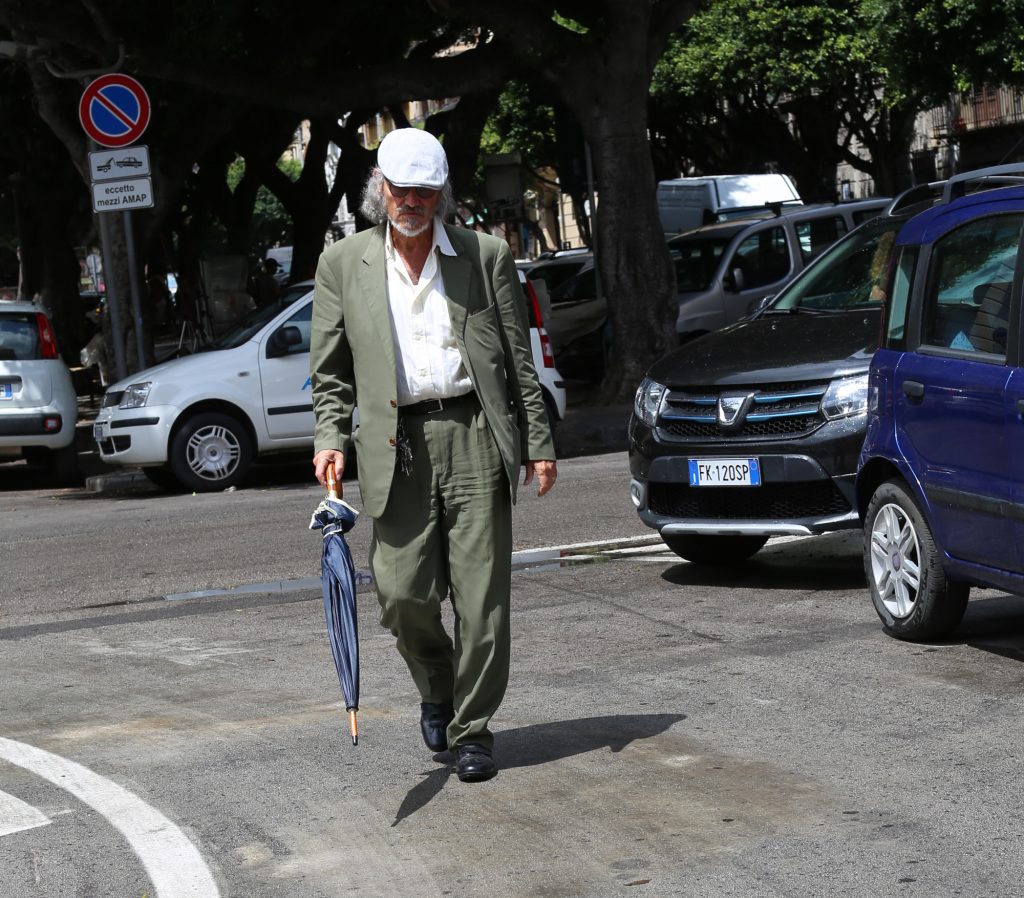 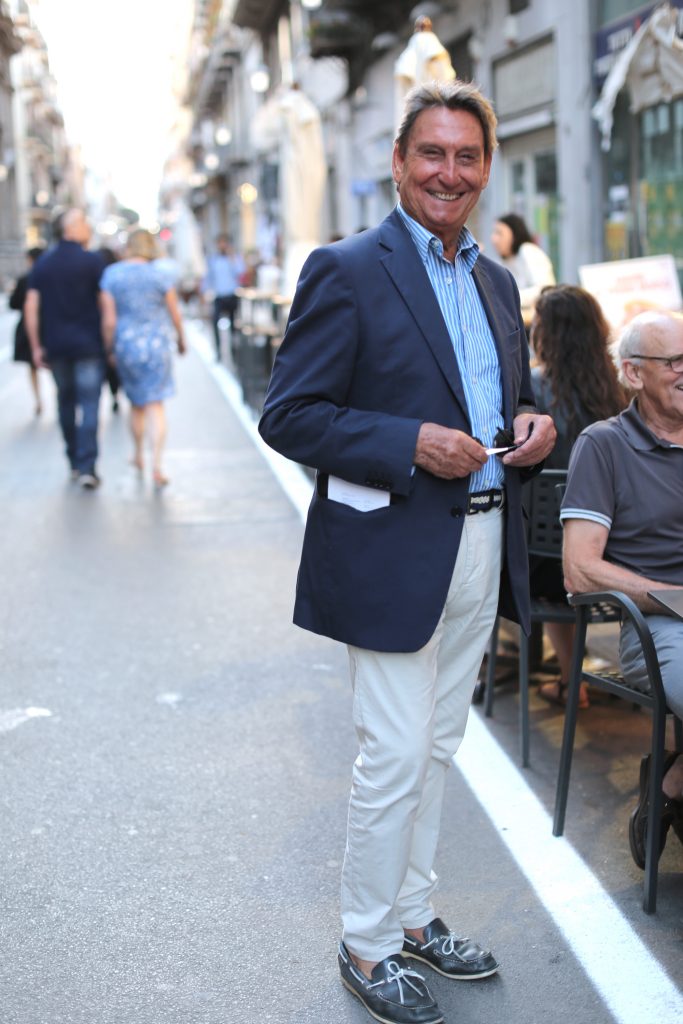 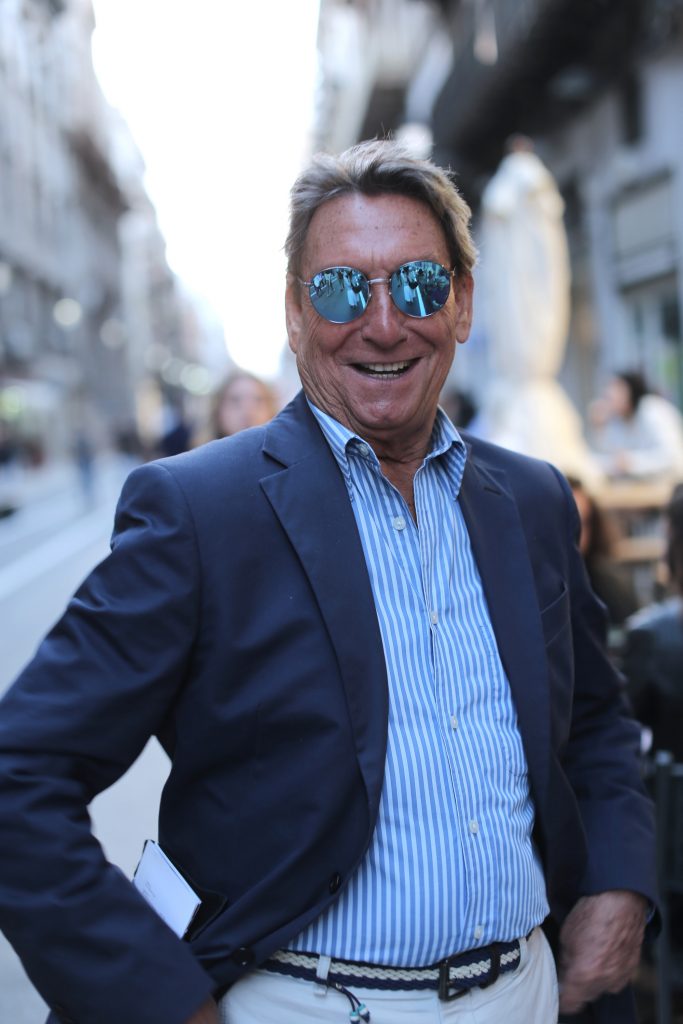 This is Francesco Palmeri, he lives in Palermo, it was very nice to have a chat with him and he was very pleased being photographed, with and without glasses. 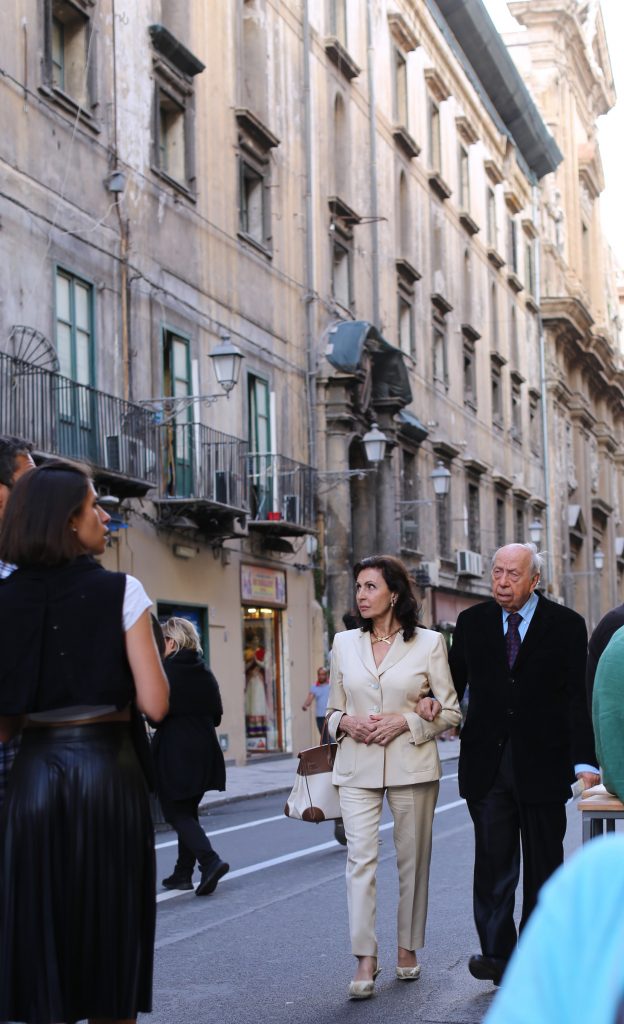 For me, this is the best photo I made in Palermo. Maybe because of the cinematic decor…. 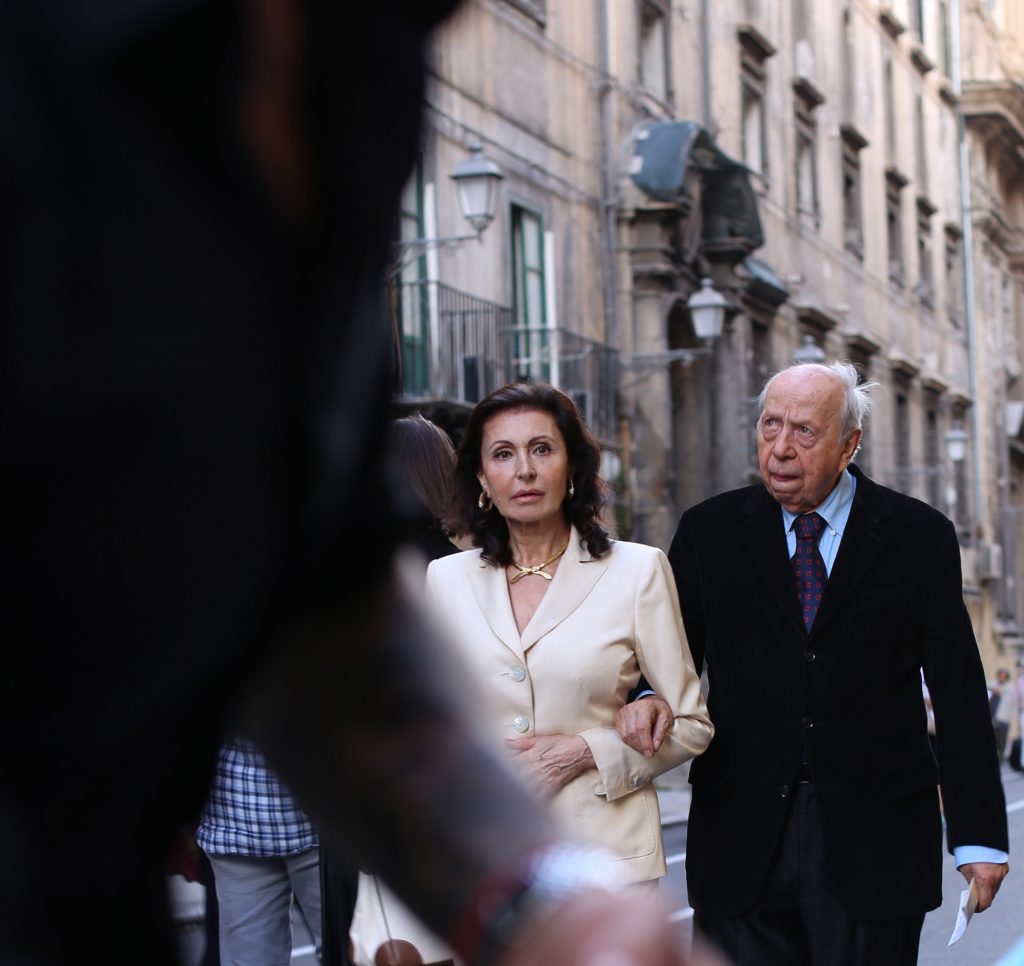 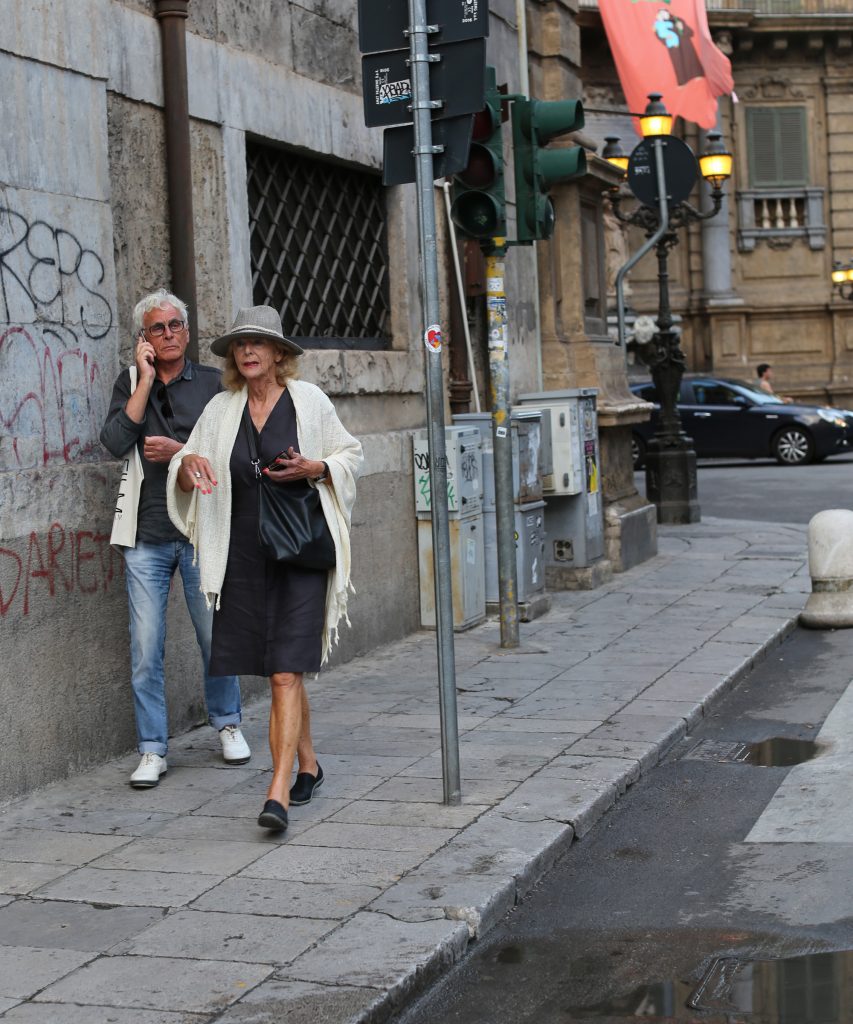 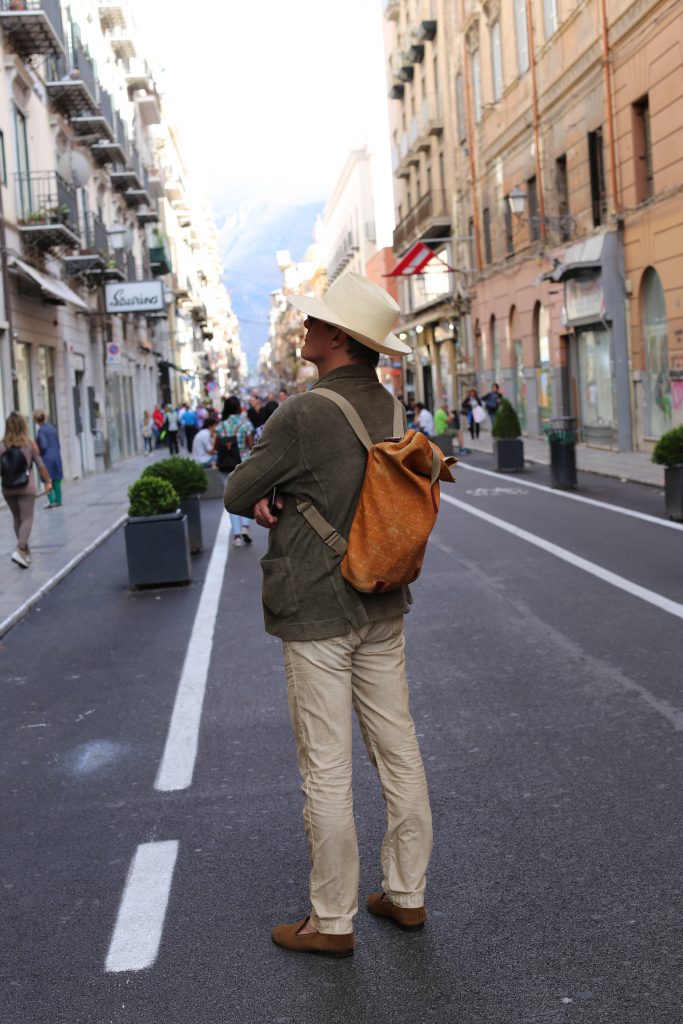 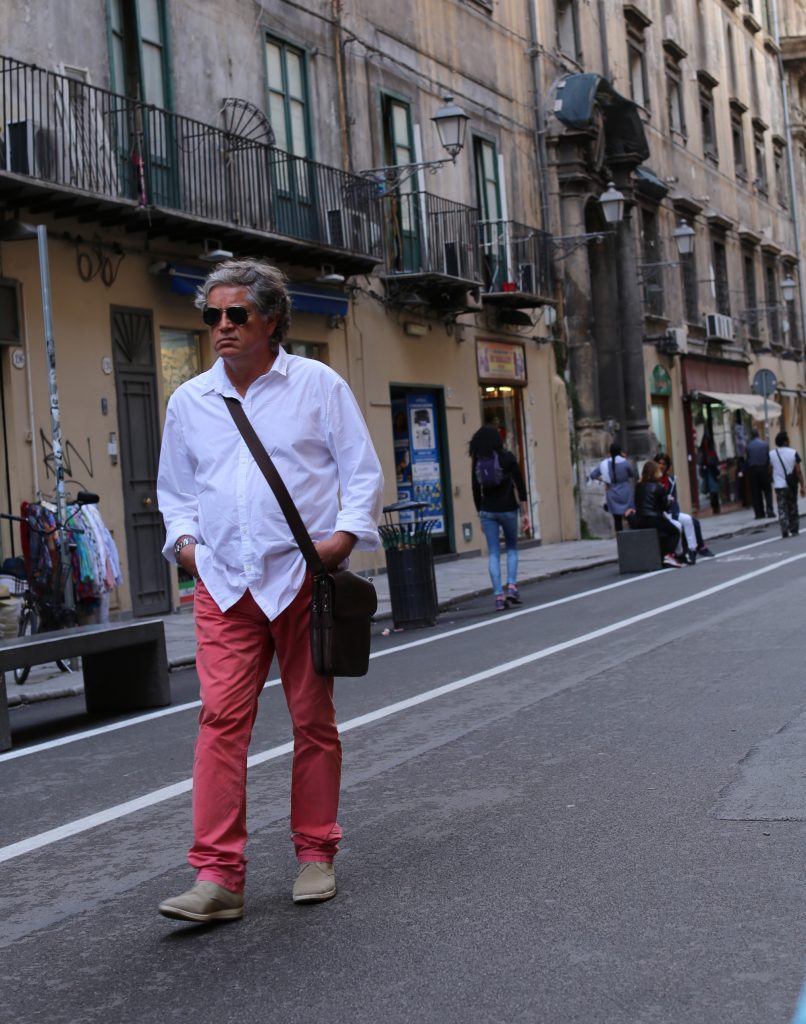 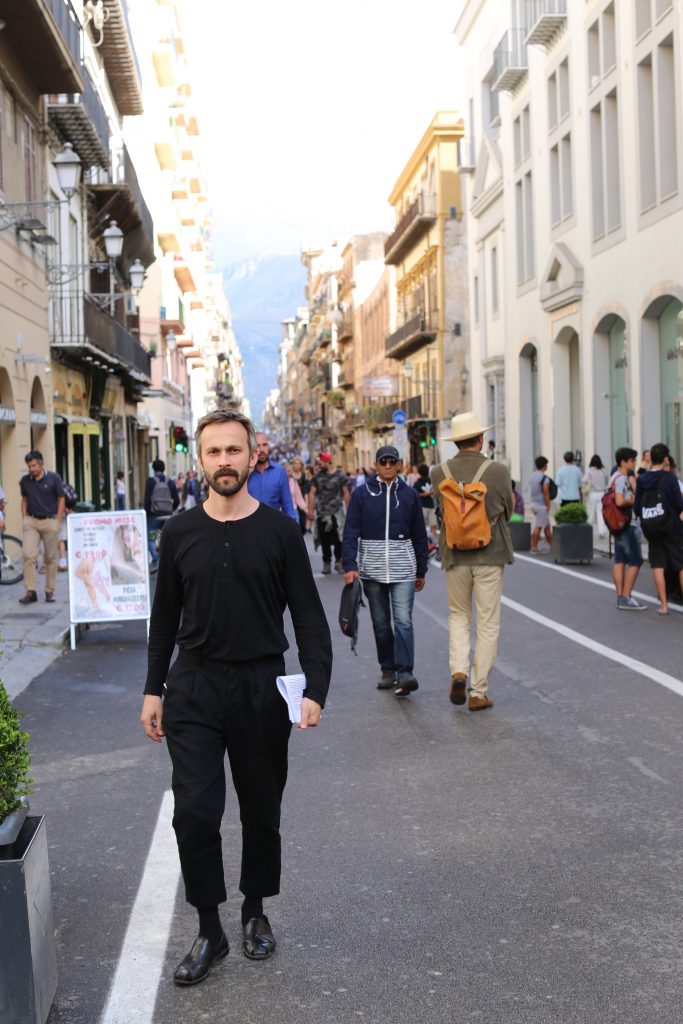 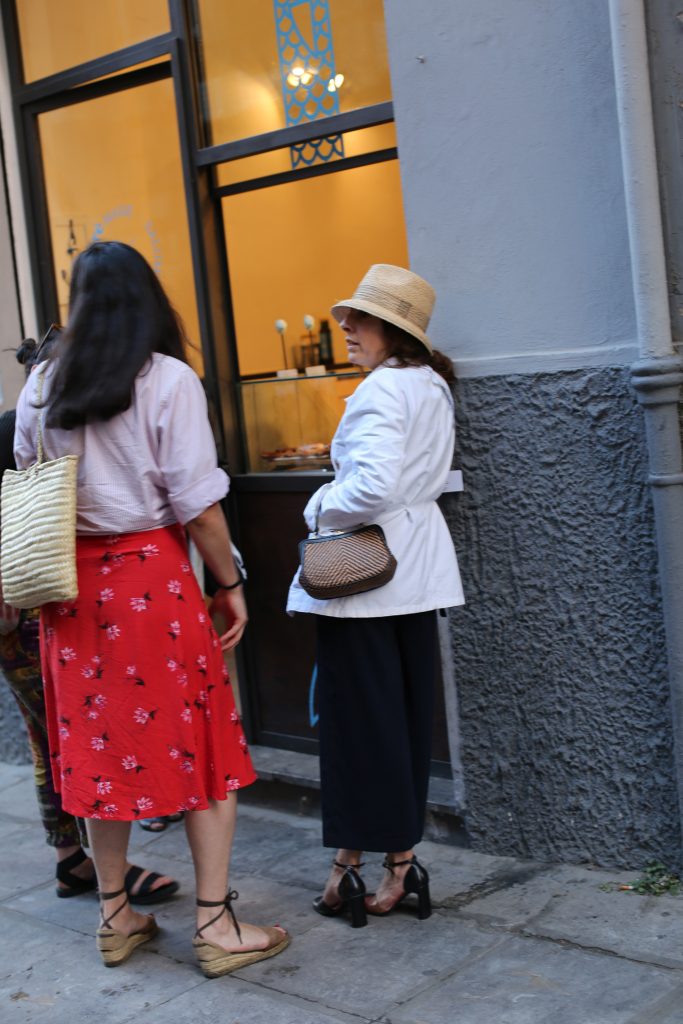 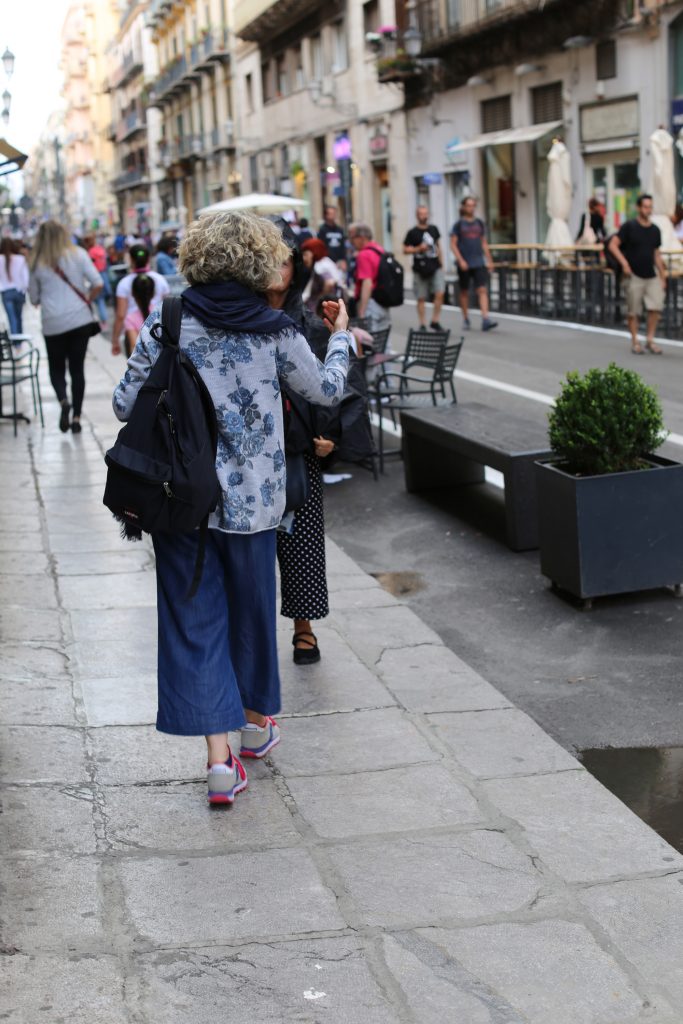 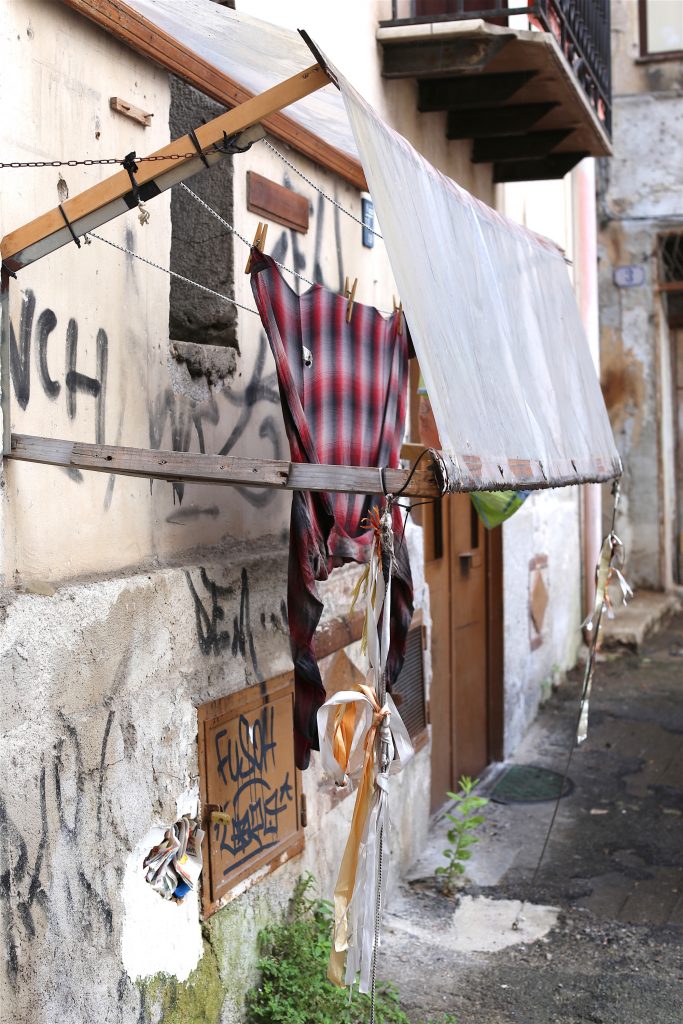 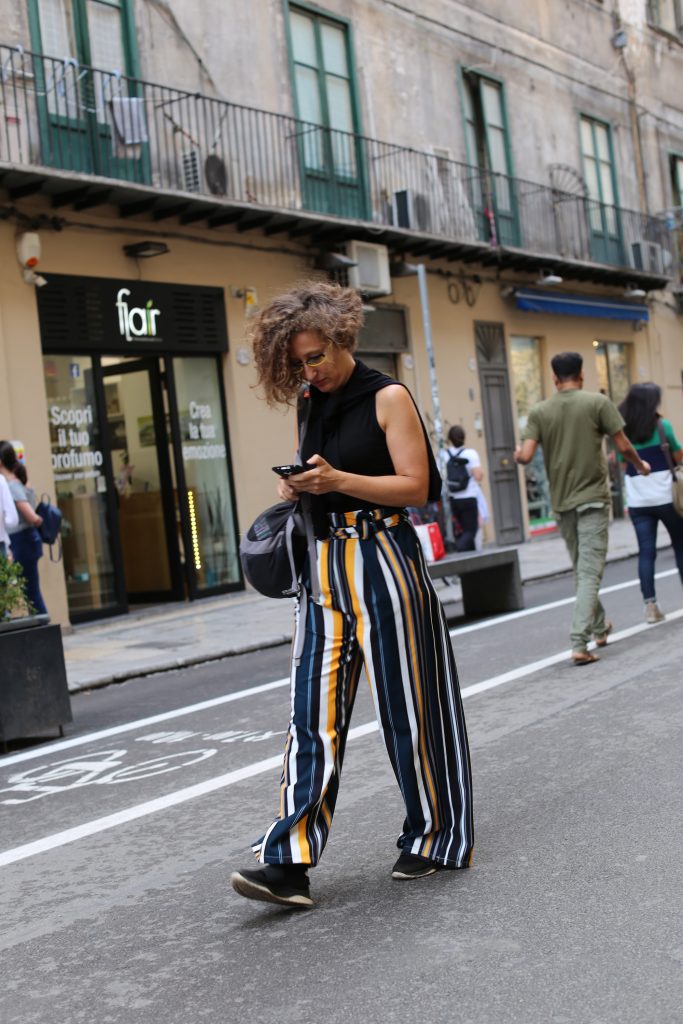 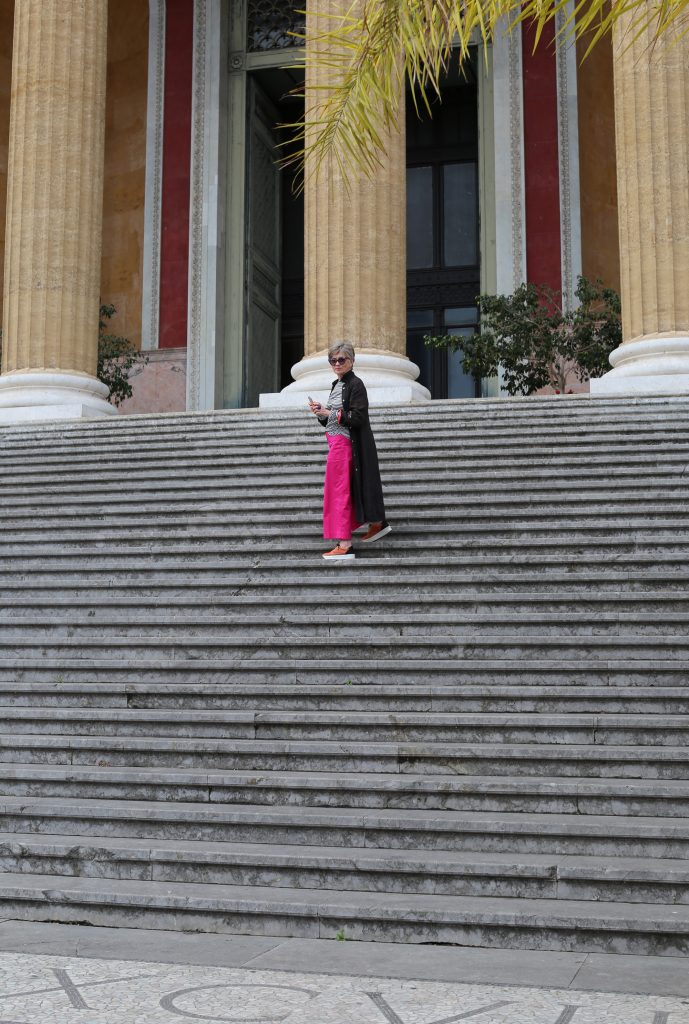 Mr. B took this photo of me on the famous stairs of Teatro Massimo. Now that I am at home I regret that I did not buy a Coppola. I tried the polka-dot version and it was fun. But fortunately there is also a webshop. 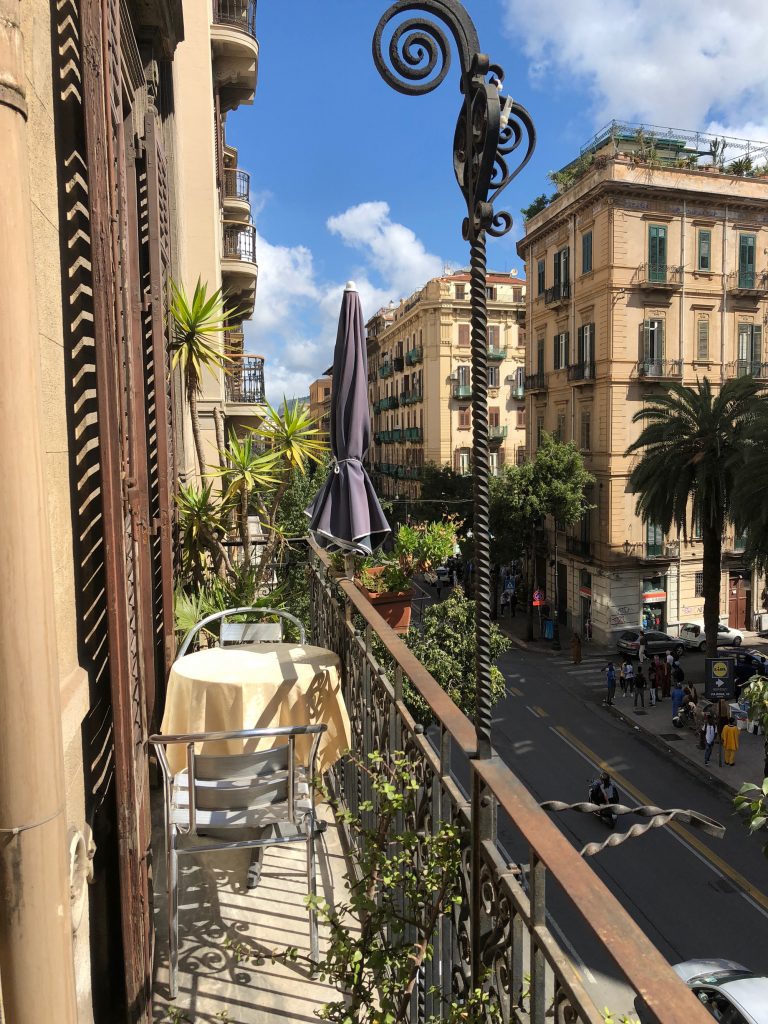 We stayed in Hotel Del Centro, a fine hotel for such a short stay and within walking distance of shops, restaurants, and the most important tourist spots. I took this picture on the morning of departure when the sun was shining again ….